The journey of the digitally restored version of The Apu Trilogy is packed with dark stories and years of near detective work by those determined to preserve some of Satyajit Ray’s finest works. After the restoration, the film is releasing on May 8, 2015 in US.

Aseem Chhabra finds out more from Peter Becker and Lee Kline, the two men behind the restoration.

Exactly 60 years ago, May 3, 1955, the Museum of Modern Art in New York City held the world premiere of Satyajit Ray’s film Pather Panchali.

The story goes that Ray worked on a 24-hour schedule to get the print on the flight.
Ray did not accompany the film and the print that played at MoMA did not have subtitles.

But the film was a success among film connoisseurs.

The next year it was invited to play at the Cannes Film Festival where it won the Best Human Document award.

Two years later, the film had a theatrical release at the Fifth Avenue Playhouse in Manhattan where it ran for eight months — something unheard of these days.
To mark the 60th anniversary of Pather Panchali, MoMA will host a screening of the film May 4.

Later that week Janus Films and the Criterion Collection will release brand new 4K restored prints of The Apu Trilogy — first at the Film Forum in New York City and later at art house theatres in many cities across the United States.
It is a rare honour and a celebration for the three masterpieces that in many ways are the best-known Indian films in the West and elsewhere.

Despite the growing interest in Bollywood in Europe, Asia and even North America, a number of remarkable Indian indie films that have played in recent years at major film festivals, no other Indian filmmaker has earned the kind of recognition that was given to Ray

There is a reason why the Japanese master Akira Kurosawa said the following about Ray: ‘Never having seen a Satyajit Ray film is like never having seen the sun or the moon.’

But this journey of the digitally restored version of The Apu Trilogy is packed with dark stories, including a fire in a film laboratory in London that nearly destroyed all the original negatives of the three films and it involves years of dedicated and near detective work by experts and lovers of cinema who were determined to preserve the three masterpieces. 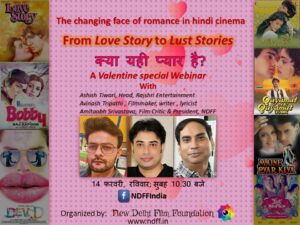