The MUMBAI Story via SANJU

THE MUMBAI STORY THAT MUST BE TOLD → Renowned journalist Rajdeep Sardesai watched the film Sanju and wrote a long piece on his blog ‘The Mumbai Story That Must Be Told’. This article must be read… We are publishing two paragraphs from the middle of this piece with Mr Sardesai’s permission. Here it is-

… This weekend as I went to see the film Sanju with my children I was reminded of Dutt saab all over again. Only this time, the father as story-teller has been replaced by an indulgent friend-director, Raju Hirani, who seems to have taken upon himself the task which Dutt saab could not quite achieve in his lifetime: rehabilitate Sanjay Dutt in the public imagination. Raju is a brilliant director but he is also a prisoner of an industry which has little place for complexities which is why the biopic is eventually more hagiography than history, an attempt to project Sanjay as a ‘victim’ not a villain, as a flawed but loveable hero who deserves our sympathy not our condemnation. In the Hirani worldview, it’s the media which branded Sanjay as a terrorist, the actor was just a pawn in a terror plot. So, when my 21 year old daughter who wasn’t born in 1992-93 asked me the question, “So, was Sanjay really a terrorist or not,” my honest answer was: ‘Well, yes and no.’

In the black and white world we now inhabit, where the universe is neatly divided into ‘us’ and ‘them’, ‘heroes’ versus ‘villains, my answer with its underlying shades of grey must seem like a cop-out. But it actually isn’t. I don’t have the luxury of a film-maker to make a multi-crore big budget film or to gloss over a crucial period in Mumbai’s contemporary history, or indeed, to thank a Raj Thackeray in the credit lines (for pray what, tell us Raju?). What I do have is the memory lens of a reporter who had a privileged ringside view to what was happening to Mumbai in those distressing times. My job is to show the mirror to the powerful, and even if in this age of media-bashing, the film portrays us as scum, here are ten ‘scummy’ facts about Mumbai circa 1992-93.
….

You can read the full article by clicking the link given above. 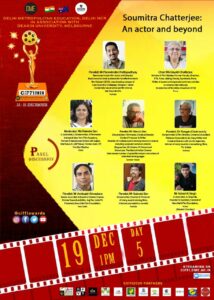